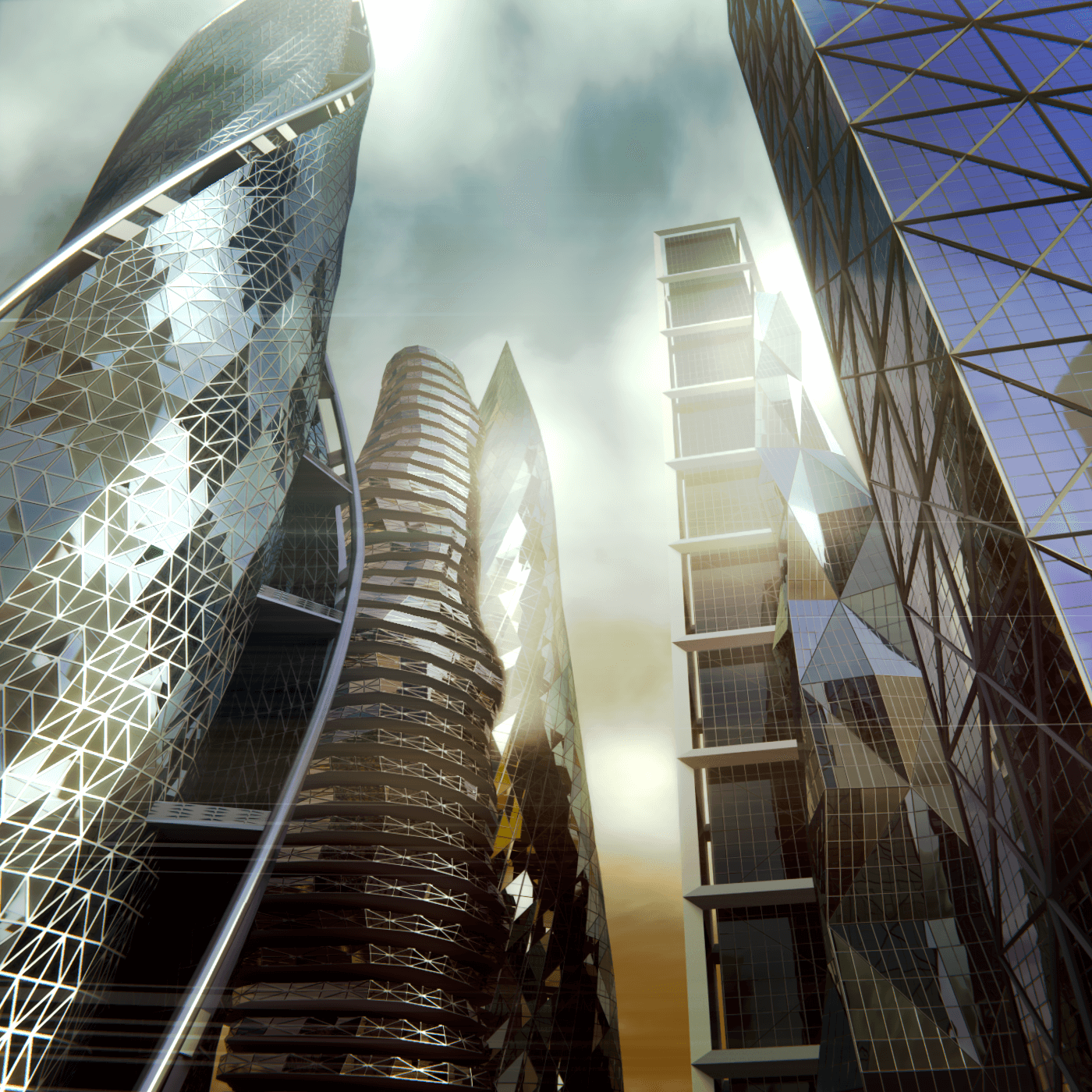 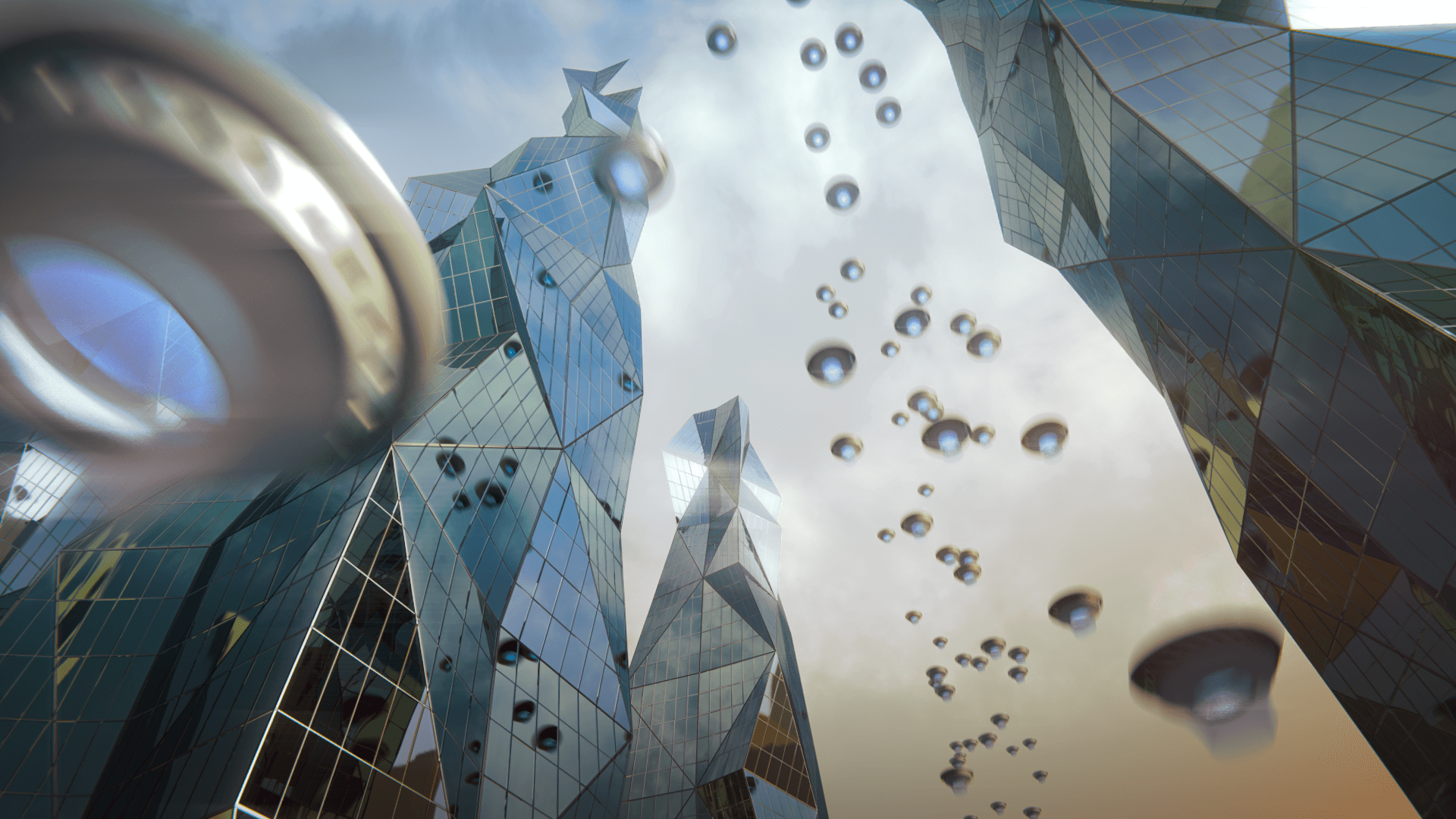 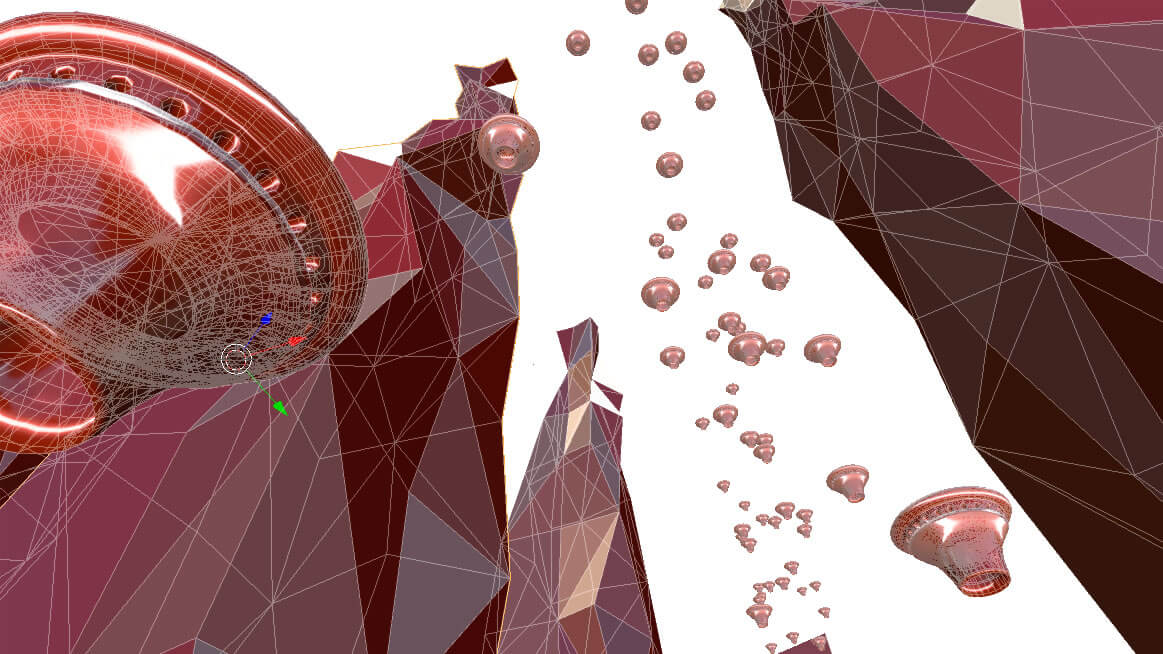 I started to experiment with modeling skyscrapers from simple forms, then with material shader, describing windows and constructions, but then it turned on such Sci-fi event. Again – only all-mighty Blender3d and it’s native compositor – no painting, retouching in PS.

I continued my previous experiment with multi-story buildings made from simple origin forms developed by stack of different modifiers. One of building is same from “Invasion of the City” picture. Still there’s no any retouching, other software – only blender. In this picture I made also clods with smoke simulation. Clouds were rendered separately by masking with layer fo buildings and then I added cloud-pass inside compositor. Compositor setup is almost same as in previous work. Just little corrected balance and colors as clouds added overall brightness.